As mentioned previously we had a great Halloween party last Saturday night and I prepared all sort of silly stuff, some of it inspired by things I saw on the Internet. I plan to post a recipe tomorrow for the Witche’s Hands with Pus Sauce, and if you want recipes for some of the other stuff I prepared please let me know in comments or via mail. Pictures of the party are at the Sassquatch’s Lair 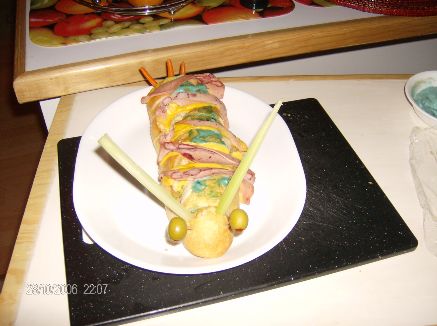 Here is a nice baked giant caterpillar ready to be munched by all the creepy critters invited to the party. 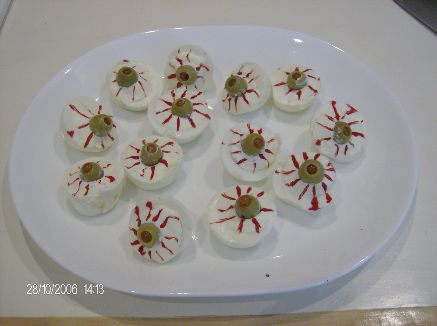 Here are some Vampire’s Eyes. This one did not go to well as we had four vampires at the party and they did not like the idea of some of their friends being harvested for a meal…

The Witche’s Hand did not fare too well either as there were 2 Witches and a Wizard present. 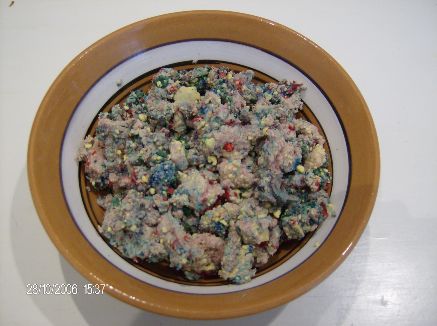 The Rat Roadkill PatÃ© was much better appreciated, except for our pet rat who had lost his cousing in the accident that yielded the patÃ©. 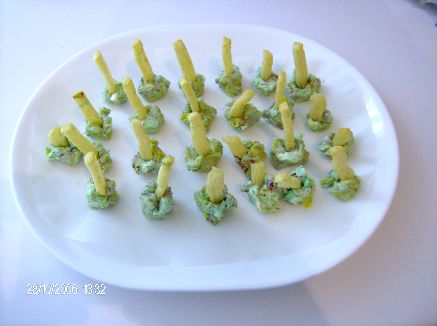 Nobody at all complained about the Crab Snot on a Stick! 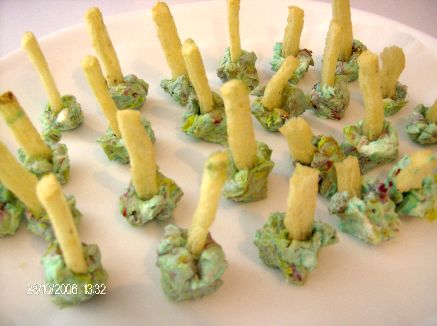 Here is a closup of those deliciously rich little morsels of snot!

The pumpkin pie was not too scary except for the poison that the Wicked Witch Normita added to it. Our guess will enjoy the effect at the next full moon! 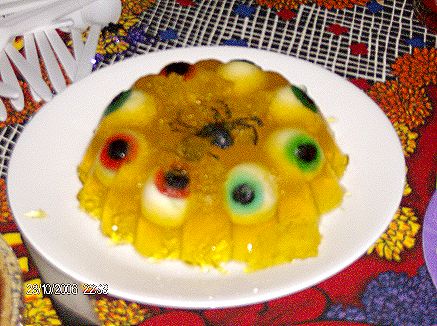 My favorite… Dragon Piss Jelly with Spiders and Vulture’s Eyes. It is a great delicacy where I come from…