Stories about eating and nice meals 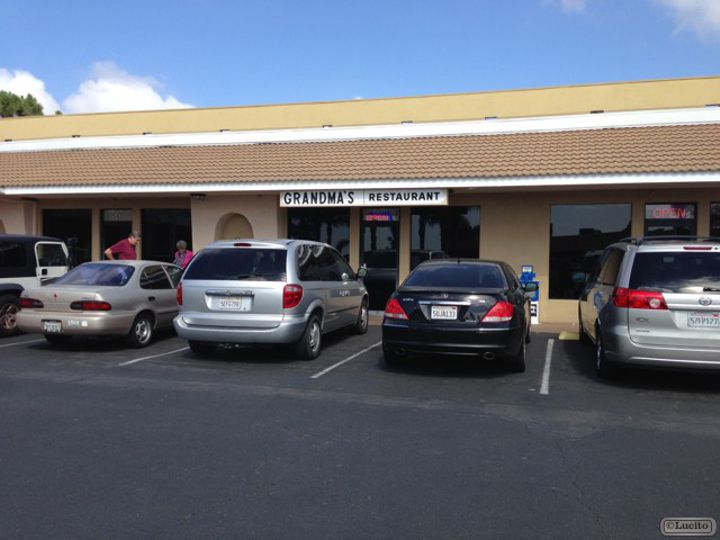 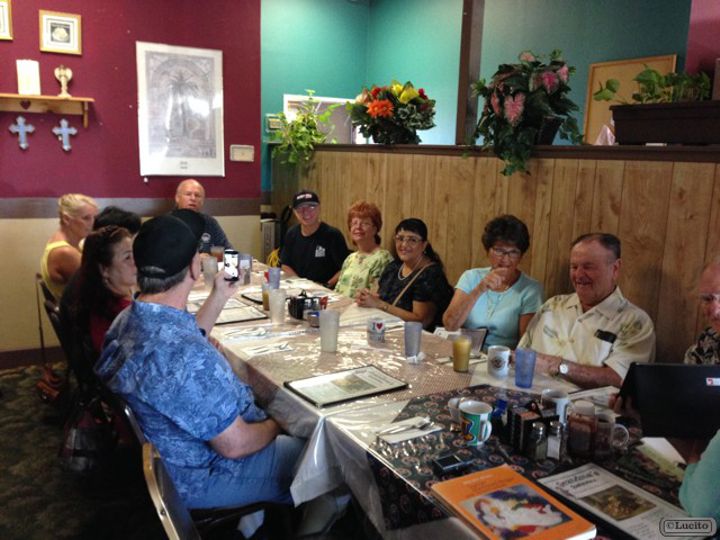 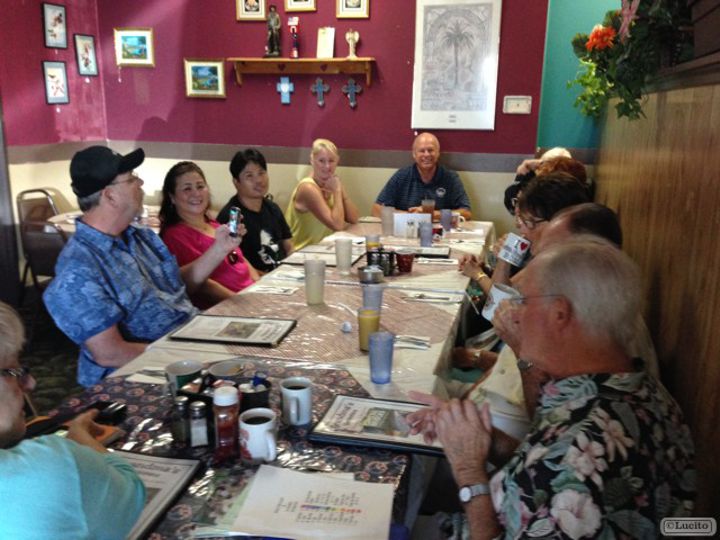 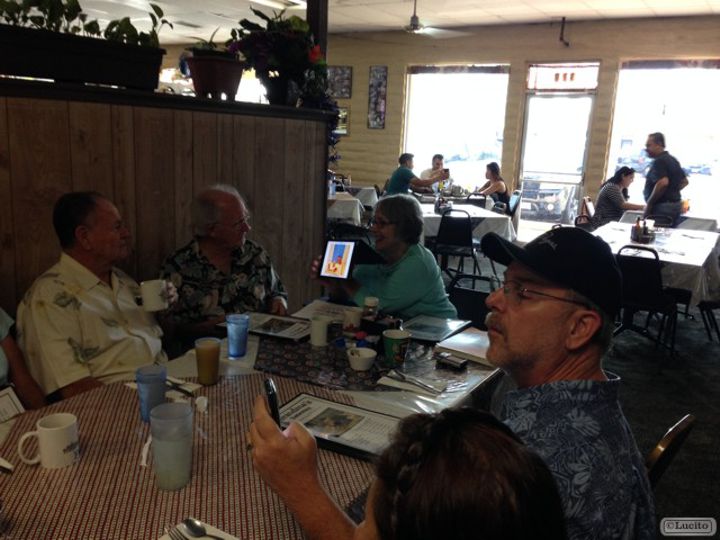 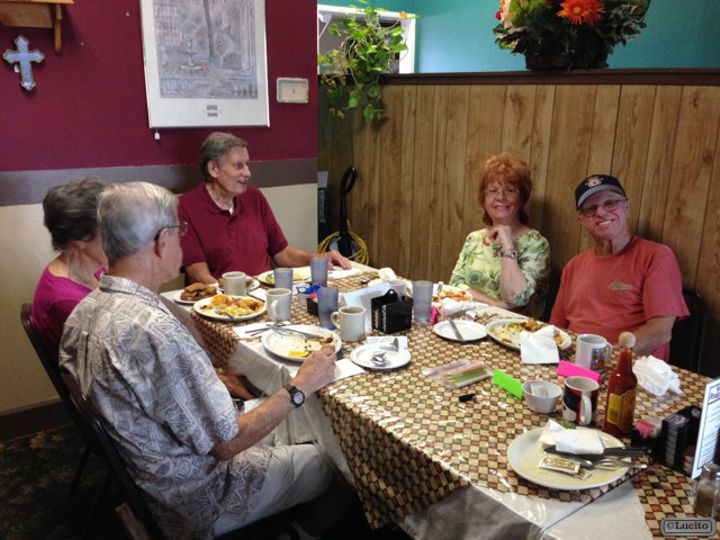 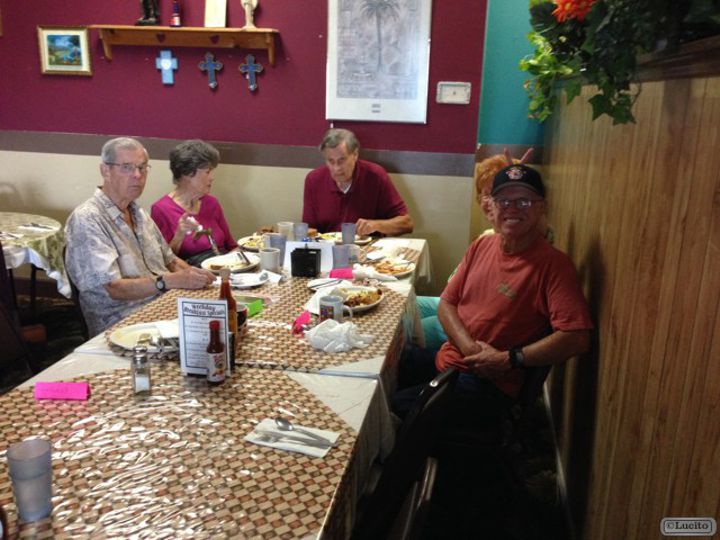 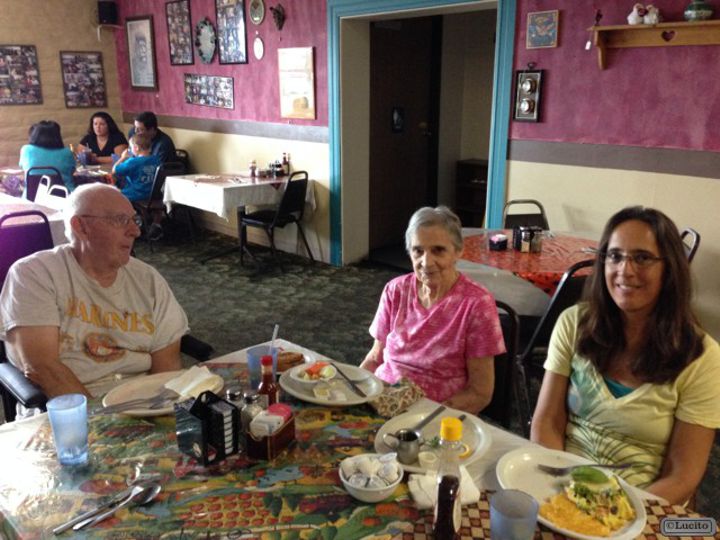 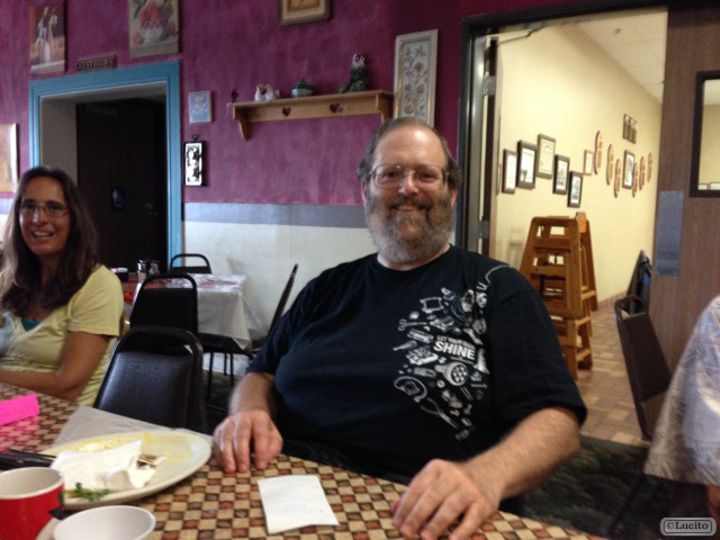 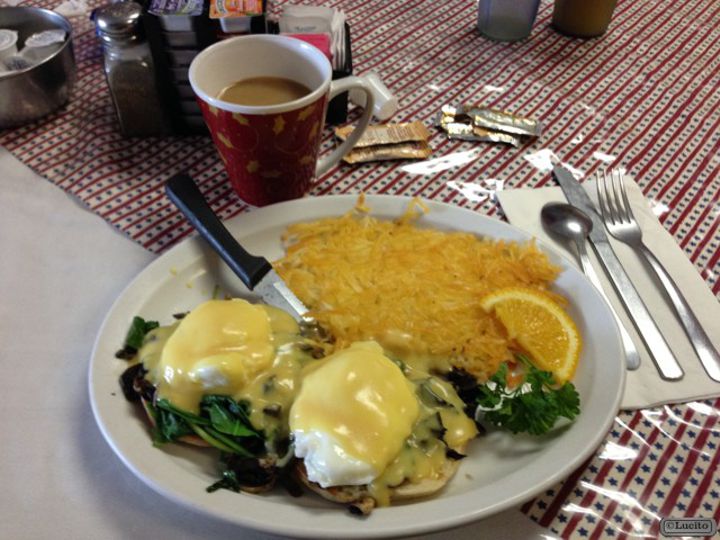 The idea of Grandma’s was established in June of 1985 by Richard and Ellen Truelove. In 1987 they partnered up with Grant & Betty Allen. they kept it until selling to Bob & Lita wisely in January of 1994. Grandma’s was under the ownership for almost a decade until it’s closing down in June of 1999. In August it was re-opened as Grandma BB’s by Mark Schulman and his partner Christine Moore. After a few years it was sold to Art and Debbie Coleman in Sept. 2005 and became Grandma’s Hilltop Hideaway Cafe. A year later Faustino Hernandez took over in Oct. 2006 and has been there since and hope to bring the same great food and hospitality that everyone has fallen in love with. 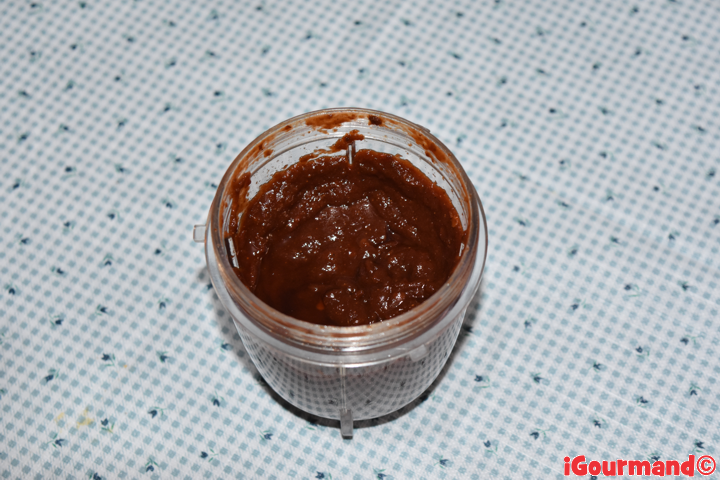 1. Prep all the ingredients and put into a blender.
2. Blend until smooth. 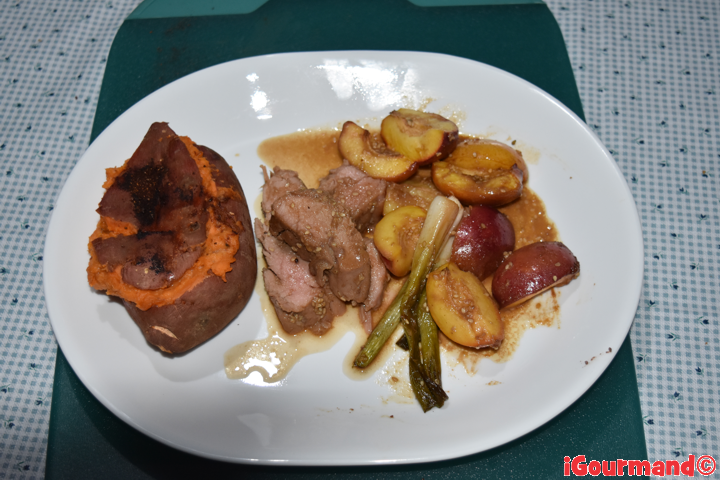 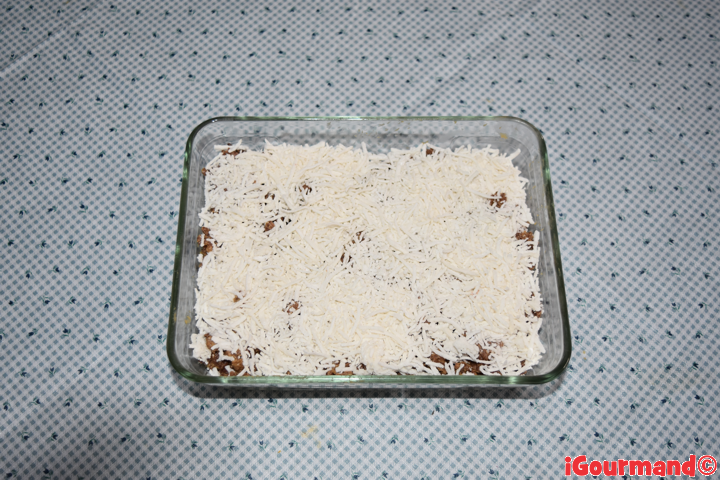 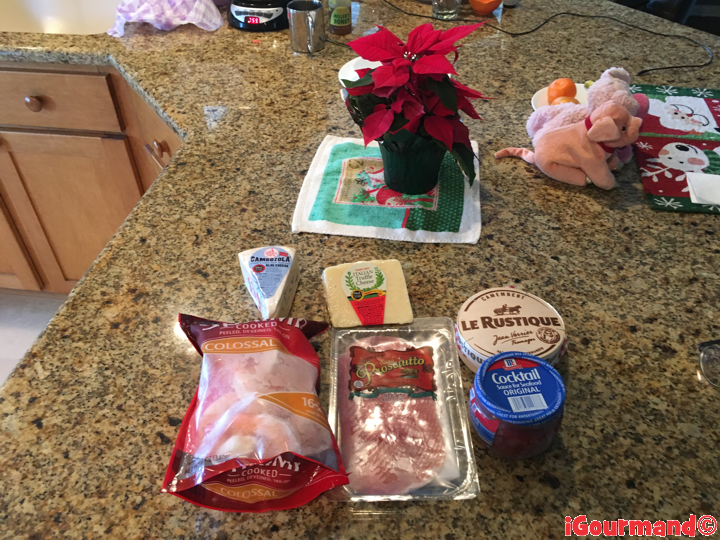 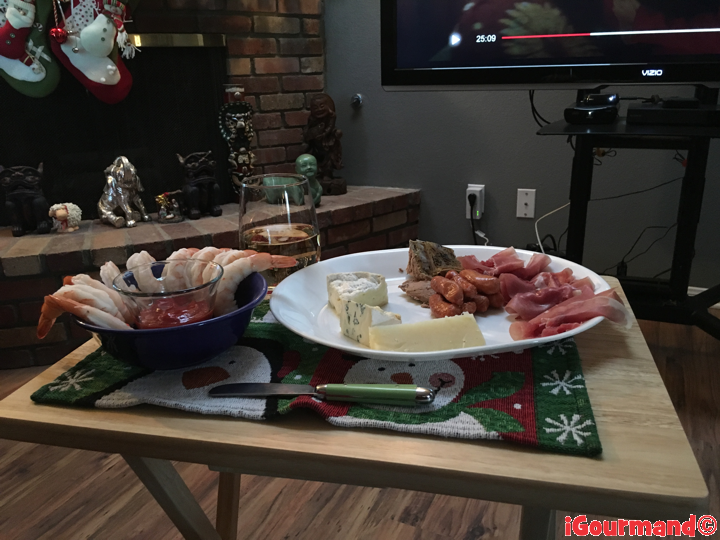 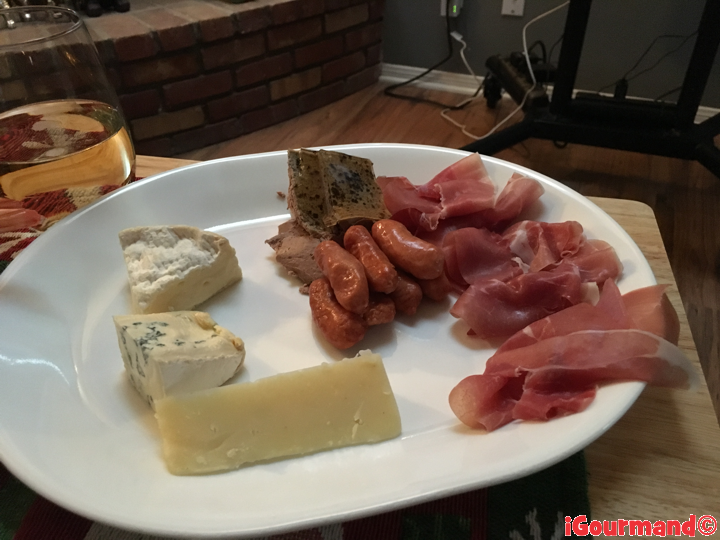 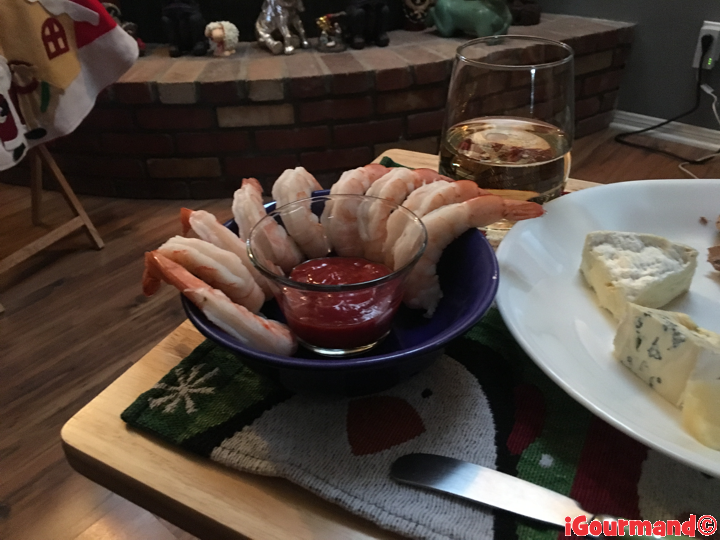 1. Preheat oven to 425 degrees F (220 degrees C).
2. In a medium bowl, whisk together eggs, half and half, salt, pepper, basil, chives, onion, salmon and cheese.
3. Pour mixture into pastry shell.
4. Bake 15 minutes in the preheated oven. Reduce heat to 300 degrees F (150 degrees C), and bake an additional 30 minutes, or until a knife inserted 1 inch from edge comes out clean. Allow quiche to sit 10 minutes before cutting into wedges.

After lunch today, at the end of the afternoon and neighborhood friend came to visit us to chat a bit. In the past months we have been a bit reclusive as we are working all the time to prepare a lot of new project. It was nice for a change to sit down and relax and chat of other things. Luckily I had prepare two loaves of banana bread this morning as I had some leftover bananas and with the high heat we are experiencing they would not have lasted much longer.

Our neighbor’s husband came to join us a bit later and I prepare a pot of coffee and we enjoyed that with the bread while chatting. It was a relaxing late afternoon. early evening and changed our minds from our regular concerns. 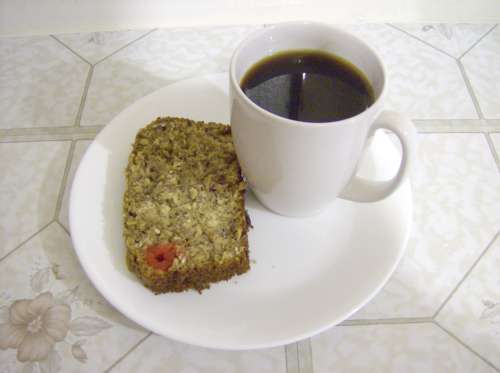 A nice slice of banana bread and strong coffee

Posted in Eating, Life, the Universe, and Everything, Pictorial | 1 Comment

I have been reminded many times recently on the vast contrasts between population with and without food culture. The easiest definition of what is food culture, in my mind, is that populations or people who have food culture live to eat, and those who don’t eat to live. Reduce to its bare essentials this is the simplest definition.

Generally in the northern parts of North America, meaning Canada and the US, the majority of the people do not live to eat, they generally eat to live, thus the great popularity of fast food. The French influence in Quebec is prevalent, though it is moderated by the North American influence, thus the food culture is not uniformly distributed in all the population.

The current climate in North America that is dominated by gourmet food and all of those food channels on TV is not real food culture, as it is a recent fad, and like all fads it will probably fade in the long term. There is also an elitist aspect to that fad that is not part of what I consider food culture. The good thing with such fads is that it may penetrate part of the population and in the long term help establish food culture in some groups of the population.

Our recent trip to Veracruz reminded me of the prevalence of food in my life, and what I consider the tenets of food culture. Like in most regions of Mexico the general population has a much closer relationship with food than elsewhere in North America. It is a cultural thing and people of all classes take their time to eat and enjoy it, and food is an essential part of appreciating daily life.

You see it in the town as people goes out to eat in the middle of the day, and take the time to enjoy the food and relax while eating it. A lot of offices have a 2 hour lunch time, since people like to take the time to enjoy their food. While we were visiting Veracruz we went to various places where the locals congregate to enjoy specialties at various times of the day. On one morning we went to Las Anitas, a little place in the industrial neighborhood that specializes in gorditas and picaditas. We went a little late for breakfast but the place was still crowded and people were eating like there was no tomorrow. On the way out of town we stopped for breakfast at Las Farolitos which was completely full in the middle of the morning, and which specializes in tamales de elote and other local specialties.

We went to a few seafood restaurants that were both excellent and relatively cheap for the type of meal we could get there. We were in town only for a few days so we did not have a chance to drive a little bit out of the town and visit little fishing villages where supremely good fresh seafood cost less than a fast food meal. We will definitely go back there to visit as the both the food and the people are great and the atmosphere is inviting and relaxing.

Even in Mexico City you see it in the outdoor markets where the food vendors are full of client from early morning to the end of the day, and you can barely move when it is lunch time. On Sunday morning everybody goes out to eat with the family and everywhere from nice restaurants to street vendors are full of clients. The same is true in the evenings where everybody goes out for an evening snack, and itinerant vendors shout their wares even in residential neighborhoods. From tamales to sweet breads, to camotes, everybody comes out to grab something to eat.

There is a complete obsession for food at all levels of society and traditional food are still king, and the penetration of most fast food place is not as great as other places due to a rich food culture that is shared by everybody. Of course the convenience of fast food is very attractive for the busy families, but a lot of people are more inclined in eating at local fast food concessions, thus in a way the food culture is still prevalent and tied to the local culture.

I will come back to the subject in the coming weeks, and drop me a note in the comments or via email on what is your relationship with food in your neck of the world and how does it compare to the local population.

The Breakfast of Champions

When we started going regularly to the Jamaica market some months back, we used to take breakfast before leaving. Of course this is not a good idea because most of the merchants give you samples of food to taste, so you ended up having breakfast twice. It is kind of like going to those large surface mega-stores at lunch time where at the beginning of every aisle stands somebody preparing some form of frozen food, but with fresh fruits and food.

The corn season started early this year, and some weeks ago we noticed that the cooked corn sellers had started to sell their wares in quantity. This is not the kind of sweet corn that I am familiar from Canada, but elote the large grain corn with white kernels that is popular here. It is very tasty, but without the extreme sweetness that I am used to. At the market they normally sell it cooked in 3 different ways. The simplest form is simply boiled, and normally they stick a sharpened wood stick in the widest end, and slather it up with lots of mayonnaise, lime juice, grated cheese, and chili piquin powder. I tend to stay away from that stuff as the thought of mayonnaise on corm kind of revolts me. Another way that is it prepared, and that I love a lot, is esquite mainly boiled corn kernels with butter, red chili jalapeño, epazote (a local herb with a peculiar taste and a slightly spicy flavor), and salt. Prepared properly it is great tasting and also a nice side dish. I think that next week I will buy some to accompany some nice large scallops that I have in the freezer.

My favorite way of eating this corn is simply grilled over charcoals. They start it in the husk then open the husk to caramelize the kernels until they have a nice blackened appearance. The texture of the kernels gets very chewy from the process, and since the kernels are large they can develop a nice sticky blackened crust and still be nice and chewy underneath. Those are normally sold in the husk with lime juice and chili piquin powder on them.

A few weeks ago we started our new market breakfast ritual. On our weekly trip to the market we have a small portion of yogurt before leaving, so that our stomachs are not empty, and then enjoy some fresh fruits samples from our regular fruit merchant which we normally visit first. Today she gave us some tasty manila mango, some tuna (the fruit of the nopal cactus, not the fish), some melon, and some grapes. The perfect start to the breakfast of champions! After buying the fruits for the week, we bought vegetables, and then stopped at the corn merchant on our way back to the car. We each picked 2 small ears of grilled corn, roasted the way we like them best, and had them prepared with a lot of lime juice and some salt and chili powder, and climbed back up to the roof of the market where we park the car. We then sit in the car with the doors open, and enjoy our tasty corn before leaving to complete our other shopping chores. There is no better way to start your day…